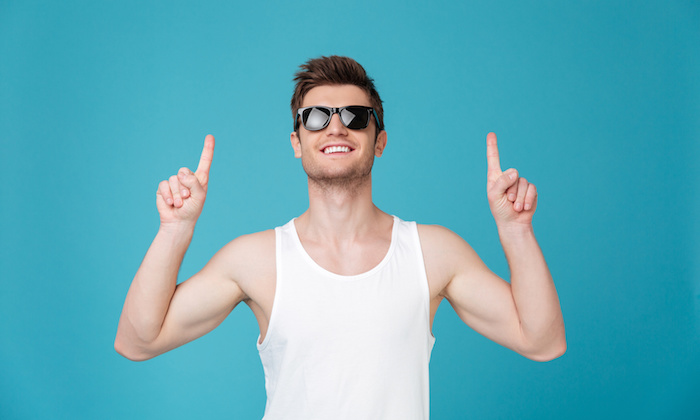 The Perfect Entrepreneurial Attitude According to Science

Resilience is defined as adapting well to adversity and stress in both personal and professional situations. When you’re an entrepreneur, there are a lot of hard times. Researchers also found that levels of resilience can change over time. Science says you can’t just learn how to solve a problem, you need to experience it. Allow yourself time to be creative A study by MIT found that the brains of entrepreneurs behave differently than other people’s. A 2016 Harvard Business School study found that free time leads to innovative solutions in people with an entrepreneurial mindset. The Myers-Briggs personality test consists of 16 possible four-letter personality results based on four areas of measurement: The world you live in This measures if you’re Extroverted (E) or Introverted (I). Decision making As the old saying goes, some people “lead with their heart instead of their head.” This component of the test measures if you make decisions based on logic, called Thinking (T) on the test, or emotion, called Feeling (F). Structure When encountering new situations and information, do you prefer to be decisive right away? To have grit you need to be resilient, optimistic, able to solve problems, and able to creatively market yourself.

This Entrepreneur Shares How She Built an Audience Without Advertising
5 Analytics Tools to Supercharge Your Marketing Strategy
To Get Paid What You’re Worth, Stand Out in a Small Industry

There’s a saying out there that entrepreneurs aren’t made, they’re born.

I don’t believe that.

I think being an entrepreneur is something anyone can learn how to do.

But you need to have a core set of abilities and the right mindset first.

Did you know that by simply being optimistic, you’re more likely to succeed as an entrepreneur?

The University of Oklahoma’s 2016 study found that during stressful economic times, entrepreneurs rely more on optimism and the advice of other entrepreneurs when it comes to business decisions, instead of actual market data.

I was lucky growing up. My mom started her own daycare business, and I grew up watching her grow it into a profitable enterprise.

You can’t buy that kind of firsthand experience.

But you can teach yourself to think like an entrepreneur and get the basic skills you need before jumping into starting your own business.

But don’t just take my word for it!

These are the characteristics you need to create the perfect entrepreneurial attitude, according to scientific research.

Harvard Business School studied the behavior of entrepreneurs and compared it to that of non-entrepreneurs.

I was surprised by the results!

However, there was no difference in how they motivated a team, made decisions, collaborated with others, managed operations, or how well they did in sales.

The research shows the main difference between entrepreneurs and employees has to do with attitude, not hard skills.

Entrepreneurs dislike established structure. They’re great at networking, have a big vision, and the most important behavior of all: They’re comfortable with uncertainty.

Entrepreneurs live in a world of uncertainty.

You have to pave your own way, fund your own product, and figure out how to pay the bills when a client pays late — or doesn’t pay at all.

It’s risky, unpredictable, and as an entrepreneur would describe it: fun.

If you’re reading this and thinking, “That doesn’t sound like fun!”, then entrepreneurship isn’t for you.

Learn how to be resilient

Resilience is a key trait of successful entrepreneurs.

Resilience is defined as adapting well to adversity and stress in both personal and professional situations.

It means brushing off discouragement and pushing through the hard times. When you’re an entrepreneur, there are a lot of hard times.

Resilience is often studied by scientists looking to uncover why some people bounce back from tragedy and trauma, while others don’t.

The results from a thirty-two-year study, first published in 1989 but relevant today, showed that a key component of being resilient is believing you have control over your own situation.

You can learn to be resilient in a number of ways, but being self-aware is crucial.

Don’t get comfortable with what life offers you. Go out and make your own fate!

Researchers also found that levels of resilience can change over time.

If a string of bad events hits a resilient person, they can lose their resilience. The trick is how you think about events.

You need to treat everything that happens to you, whether it’s good or bad, as a learning experience and a chance to grow.

How you approach the world helps determine how successful you’ll be.

Thomas Edison is the perfect example of entrepreneurial resilience.

He invented the light bulb, but not before failing over 10,000 times first.

When people ridiculed him, he responded with, “I haven’t failed. I’ve just found 10,000 ways that won’t work.”

A modern day example is Oprah Winfrey. The media and talk show star overcame intense adversity to become who she is today.

Oprah was born to teenage parents, raised by her grandmother, and later sent to live in a high-crime, poverty-stricken neighborhood in Milwaukee with her mother.

Oprah was a smart student, but living in an area with violence all around her took its toll.

She credits her father, who made her study hard and a scholarship to university with saving her life and putting her on the path to success.

But she wouldn’t be where she is today without a healthy dose of resilience and inner strength.

Positivity can accomplish a lot.

It’s no secret that being confident and optimistic helps you win people over and dream big goals.

But it turns out that being a generally positive person also helps you become a better entrepreneur.

Entrepreneurs willingly take on more risk by starting their own ventures. They’re proven to be more optimistic than salaried employees in almost every aspect of life.

Millennial small business owners are leading the pack by being 26% more optimistic than their older peers.

Sometimes too much optimism can dilute reality, though.

Half of all businesses fail after five years, and only one-third make it past 10 years.

But entrepreneurs have always tested higher on positivity than other groups.

A 1988 study found that 81% of entrepreneurs thought the chance their business would survive was higher than 70%.

A similar study conducted over 20 years later found the results were the same. 62% of survey respondents overestimated their first-year projected sales.

The study also illuminated drawbacks to being optimistic.

Researchers found that extreme optimism caused overconfidence in entrepreneurs, causing them to launch businesses that weren’t ready to hit the market.

Optimism is a predictor of entrepreneurial success. However, it can also cause entrepreneurs to rush into decisions without enough thought.

When I created Crazy Egg, I thought it was going to be an instant success.

But that didn’t happen.

It turns out that people opted for the cheaper plan more often, and our first month’s revenue was only $1,000 or $2,000. Definitely not what I had expected.

I was too optimistic.

We ended up expanding our advertising and marketing and drawing in a lot of new users, but it wasn’t the overnight success I thought…

Loading...
Newer Post
Instagram’s ‘Girl With No Job’ Actually Works 24/7 to Build Her Brand
Older Post
To make your brand robust, you must always be building trust

A Guide to Local Content Marketing for Small Businesses 0