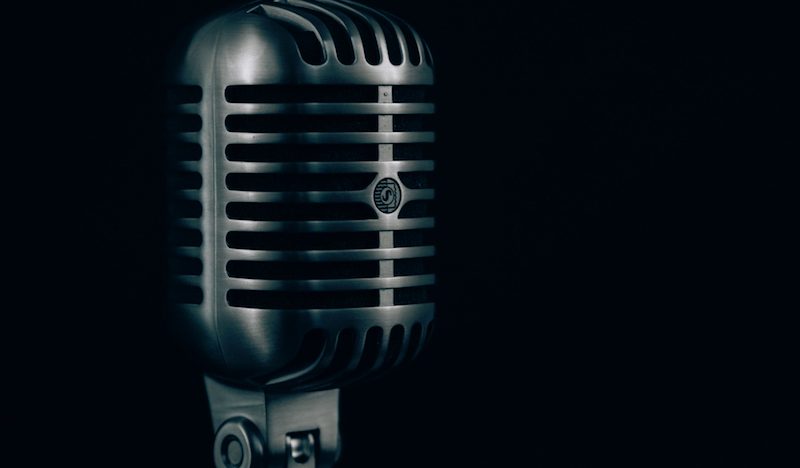 Transcript of What Does the Future of Podcasting Look Like?

This is John Jantsch, and my guest today is Tom Webster. It’s kind of the study of record for things like streaming audio, things like Pandora and Spotify and a whole number of things. I mean you had to really want to listen to a podcast. So, and I think what happened too, was around 2005, it was kind of the next cool thing after blogging, but then social media came along and kind of tanked it. John Jantsch: Yeah, and your slides definitely suggest that, that you have a little bit of growth and then it hung around a certain level for like eight, ten years, and then boy, the last few years, it’s really taken off, hasn’t it? And an interesting thing about podcast listeners, is the average American listens to about four hours of audio per day, but the podcast listeners listen to about six hours of audio per day, 50% more audio in the average day. These people are finding all kinds of ways to listen to podcasts in the car. Tom Webster: I can’t listen to a podcast and work at the same time. John Jantsch: I think a lot of the media is doing more and more of that, but you’re right. And I know a lot of the podcasters I talk to are kind of incredulous when I tell them this, but I do a lot of research in a lot of fields.

John Jantsch: So what does the future of podcasting hold? Kind of weird that we’re gonna talk to Tom Webster on a podcast about podcasting. Check it out.

Hello and welcome to another episode of the Duct Tape Marketing Podcast. This is John Jantsch, and my guest today is Tom Webster. He’s a writer, speaker, and creator of the BrandSavant blog. He’s also the Vice President of Strategy and Marketing for Edison Research. And today we are gonna talk about his annual series of studies on podcasting, one of my favorite topics. So Tom, thanks for joining me.

Tom Webster: Well, thanks. It’s going to be a podcast about podcasts, meta.

John Jantsch: Really pretty crazy. So tell me about the series, the study, and I guess a little bit of the methodology, and why you do it and all that good stuff.

Tom Webster: Yeah, it sprung out of a study that we’ve been doing since 1998, called the Infinite Dial. It’s developed into the gold standard in a lot of different media measurements, in terms of how consumers behave when they’re using various types of media. It’s kind of the study of record for things like streaming audio, things like Pandora and Spotify and a whole number of things. This year, we added things like the whole smart speaker category, the Amazon Echo …

Tom Webster: … and Google Home and things like that. And we added podcasting to it back in 2006. And since then, it’s of course grown, but it’s grown in some interesting ways. The study itself is historically … it’s done really to the kind of gold standard methodology that you can do in market research. It’s a telephone study, random, completely random digitize sample of American’s twelfth consonants. It’s half mobile, half land line. So, we spend a lot on it, to get it right. And, we’re always thrilled to be able to put out good results and podcasting, and a number of other things.

John Jantsch: I imagine back when you started in 2006, half of the trouble was finding somebody that knew what podcasting was.

Tom Webster: Yeah, that’s really about all we could measure at 2006, was have you ever heard of it?

Tom Webster: And that was a small percentage of the population, and the percentage that was actually listening to it, was kind of un-reportable from our stand point. It really even took the second year for us to even start reporting a percentage. And even then, it was so small that we didn’t even break anything out of there, the sample was too small. We just said, “Here’s the percent”. But it’s today, you’ve read through the slide. It’s actually … It’s a fairly a main stream behavior now.

John Jantsch: Yeah, and from a marketer’s stand point, it’s no longer just kind of the cutting edge digital people. Pretty much everybody is putting it as a channel that they have to be playing in. What was funny about … Going back, I started my podcast in 2005. Going back and just reminiscing on that, it was A) much harder to do, as today, and B) really hard for people to listen. I mean you had to really want to listen to a podcast. You had to download something called a Podcatcher. I’d listen to it on your laptop or your desktop. We didn’t have the Smartphone penetration and all the apps, and there wasn’t the iTunes. Even though the iTunes store came along pretty quickly after that, they didn’t make the podcasting app standard for many years. So, and I think what happened too, was around 2005, it was kind of the next cool thing after blogging, but then social media came along and kind of tanked it.

Tom Webster: Yeah, it’s never been the hot thing, until really just the past couple of years. It just kind of, it poked along for decades.

John Jantsch: Yeah, and your slides definitely suggest that, that you have a little bit of growth and then it hung around a certain level for like eight, ten years, and then boy, the last few years, it’s really taken off, hasn’t it?

Tom Webster: Yeah, it sure has. And, I think there’s a couple of major things you can point to. Number one, you can point to just how frictionless the technology is, compared to what it use to be. As you mentioned, to listen to a podcast before, you had to go through this kind of rude Goldberg contraption setup, and you didn’t even mention the fact that you would then side load, as it was called then. I love that word, side load podcast. There’s something called an iPod, which is like a phone that doesn’t make calls for you, younger iPhone.

John Jantsch: Well, actually most teenagers can relate to that, cause they never use their iPhone to make pre-calls either, so.

Tom Webster: Well, that’s a very good point. So, the friction got removed. But that alone, was not enough to make it grow. It was doomed, I think, to just be kind of a niche medium, even with that. But what really helped accelerate its growth was content in investment, and that’s really what we’ve seen a lot of in the past two or three years.

If there’s one thing that’s changed in this space over the past three years, it’s been the amount of money poured into it from all directions. And public media has led the way, certainly. And it helped to legitimize the space, which has made advertisers perk up and want to know more about it, and so more is being spent on content and measurements and now, where we are today.

John Jantsch: Yeah, I think that the entire media category really all of a sudden said, “Hey, this is not only a channel, this might be for survival for some of our content. You look at some of the NPRs of the world that are using a significant distribution.

Tom Webster: Yeah, we work with NPR, and it has opened up a whole gigantic other audience for them. I think in early days, there was … we wondered whether or not if we put NPR or other public media content on a podcast, does it cannibalize the on air …

Tom Webster:… listening type. And it turns out, not to really. It turns out, that it opens up a whole, specifically younger audience, for a lot of this content. And, that’s really been the story with podcasting is. What you think about podcasting is that the sweet spot, demographically is absolutely 18 to 34. It’s huge 18 to 34, compared to the other demos. But, it’s also spoken word content, and the audience for spoken word content in this country, specifically things like talk radio, is much, much older, north of 50.

John Jantsch: And, is it [her 00:07:00] behavior that is driving that? I think of the 20’s something that I hang around with, and it’s more than that’s the device that they have, and that’s where they want to consume everything and so, they’re not gonna go find an FM radio.

Tom Webster: No, it’s very device driven. In fact, it’s one of the stats that we recorded in the Infinite Dial. I think 21% of households report that they don’t even have a radio in their house. And it’s much higher 18 to 34. I know our friend, Mitch Joel, talks a lot about the fact that there is no second screen or third screen, there’s only the screen in front of you. And there’s no doubt that having you pick what it’s always on, broadband, wifi and a super computer in your pocket, that led to consumption of audio content in places and environments, setting where it used to never be consumed. So, the size of the pie is much, much larger than it used to be.

John Jantsch: Man, I hear people talking about this American life and the Moth and shows like that, that probably had never heard it until they found it on their podcasting device.

Tom Webster: Oh, absolutely. And I think the great thing about the medium now is you’ve got a lot of experimentation, but it’s the experimentation that’s being funded and supported, which is kind of…

4 Marketing Strategies You Can Use Before Hiring an Agency 0

The Definitive Guide to Creating a Pricing Page that Converts 0