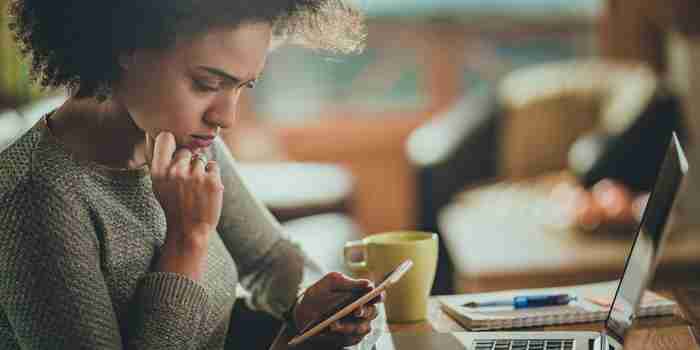 From a statistical point of view, he wasn’t as popular with everyone out there.” It was the sixth birthday of Bower’s “Munchkin,” a.k.a. Nowadays, moms like Bower aren’t just posting family photos to share their lives -- they’re doing it for money. Here are the four main factors that have caused this toxic environment: 1. Multiple studies have shown that the psychological effects of likes, comments and shares are proving detrimental to the mental health of the general population. The single persona we create on Facebook has led us to “self-edit” what we share, to create the perfect version of that public persona, another factor leading to Facebook envy, and a reason many people are actually buying followers on Twitter, YouTube, Facebook and Instagram. This has created a market for commoditizing social connections even further, while skewing the perception of popularity on social media and starting the vicious cycle of Facebook envy once again. Facebook users, in particular, were outraged when the third-party data firm Cambridge Analytica got its hands on personal data for as many as 87 million Facebook users -- without their permission. According to a Chicago Tribune writer, experts have said "that “many users are either ambivalent toward data privacy or don’t understand what they’ve given up by agreeing to the terms of service in order to create an account.” And, if these privacy breaches don't end, users can only expect steeper consequences in the future. If there’s anything social media has taught us, it’s that people do still enjoy being connected. Once we move our personal relationships away from social media to networks that truly value privacy, we may eliminate the current toxic social media environment and get back to the basics.

Users are being forced into a sensationalized ‘publishing media’ environment. Is it any surprise that Facebook’s viewership has declined?

“Guys, I am gonna be perfectly honest,” wrote Katie Bower, a mother of five and “mommy blogger” with over 52,000 Instagram followers. “Instagram never liked my Munchkin, and it killed me inside. His photos never got as many likes. Never got comments. From a statistical point of view, he wasn’t as popular with everyone out there.”

It was the sixth birthday of Bower’s “Munchkin,” a.k.a. her son, and as many mothers now do, she marked the occasion by writing a long social media tribute to everything she loved about her child. But she also used the post to lament the fact that her photos of him weren’t getting as many likes as those of her other children. “I want to believe that it wasn’t him .. that it was on me,” she fretted.

“My insufficiency caused this statistical deficit because obviously my Munch should get ALL the love, and squinty eyes are totally adorable.”

Bower’s post went viral after hundreds comments lodged negative feedback about Bower’s assessing her child’s appeal based on likes received. Though she later deleted the post, the incident highlighted just how far social media has come from its original, humbler purpose: to connect friends and family.

Nowadays, moms like Bower aren’t just posting family photos to share their lives — they’re doing it for money. The new “influencer marketing” industry is expected to grow to a $10 billion dollar industry by 2020, according to Mediakix. And that means that that old promise of connecting people has evolved into a toxic, commercialized landscape that seems to have forgotten what it’s supposed to be about. Here are the four main factors that have caused this toxic environment:

Facebook is a prime example of a social network that has become more about quantity and commercialization rather than a place to connect with friends and family. While the platform’s actual viewership has slowed considerably in recent years, its ad revenue actually jumped by 42 percent in early 2018, demonstrating the company’s aptitude for making money over its aptitude to forge connections.

Facebook has been acquiring other popular social networks only to see their founders quit shortly thereafter. An example: The co-founder of WhatsApp left over data privacy clashes, after Facebook pushed it to change its terms of service to give the larger social network access to WhatsApp users’ phone numbers and to look into advertising.

Similarly, both Instagram founders quit this year after tensions with Facebook founder Mark Zuckerberg mounted over the direction of the app. Reportedly, they wanted to keep Instagram independent from Facebook, while Zuckerberg wanted to further integrate the app into his platform.

He hasn’t stopped his efforts: As Facebook shares continue to fall due to slow user growth, Zuckerberg has been searching for ways to continue monetizing the platform through other social app acquisitions, rather than making fixes to Facebook that will keep users engaged and active.

Tackling Diversity in the Marketing World 0