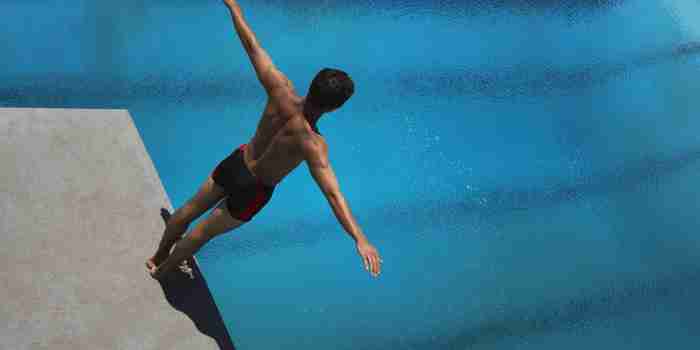 Dive In Headfirst or Get out of the Pool: Why Marketing Needs an ‘All-in’ Approach.

But that's where they go wrong because it takes an "all-in" commitment to get the ball rolling in the right direction. Companies have more options, like guerrilla marketing campaigns, which are still viable even in this age of tech giants. That's the time to commit to advertising in a way from which you can learn what works and reach your clients. Rather than make a few small investments, don’t commit any money at all. He wanted to run some ads, but he didn't have lot of money for advertising. The result: His ads didn't work, and he wasn't making any money and wanted to know what had happened. Partner with or hire people who truly understand scalable marketing. Look for partners that have been able to help small businesses get to medium- or large-size businesses. But if it doesn't work, you just wasted some money. They need innovative, free guerilla tactics; and when those tactics no longer make sense, those entrepreneurs need big investments and big attention.

Online Sales and the Importance of Branding Your Business From Day 1
The Surprising Shift That Is Changing The Way Brands Deliver Digital Campaigns
Unsolicited Advice: How to Avoid 4 Content Marketing Blunders

Businesses sometimes like to dip a toe at a time into marketing. Unsure of how much to spend and where to spend it, these owners choose to start slowly. But that’s where they go wrong because it takes an “all-in” commitment to get the ball rolling in the right direction.

The importance of marketing efforts, however, is clear to some groups — like CEOs. A recent Gartner survey found that more than half of the CEOs it surveyed planned to increase their marketing budgets in the subsequent year. And nearly two-thirds of chief marketing officers expected their budgets to rise in 2019.

The caveat here is that not all companies can afford to spend big when they’re starting out. And they shouldn’t. There are other ways to show a commitment to selling a brand. Companies have more options, like guerrilla marketing campaigns, which are still viable even in this age of tech giants.

Still, there’s an end game here: Once the team’s time becomes more valuable than the money it’s putting in the company bank account, it’s time to flip the switch. That’s the time to commit to advertising in a way from which you can learn what works and reach your clients. Companies that go all-in are the ones that find success.

Not ready to make a full monetary commitment? Rather than make a few small investments, don’t commit any money at all. Those little drops in the bucket won’t do much to help your company, but the strain those drops put on your budget could do a lot to hurt it.

Focus on what the company can accomplish with the time and skills of the people who already work there. That could mean you literally hitting the streets. It could mean demonstrations. It could mean trying the guerrilla side of marketing when you’re trying to make things go viral. You could be calling publications and trying to get whatever you can for free.

Such low-budget or no-budget campaigns are the best option for every small business that hasn’t yet turned the corner toward higher revenue.

Example? Dropbox didn’t spend a dime when it offered 500 MB of extra storage to customers who referred their friends. That tactic helped the company gain market share without ad spend, allowing it…

5 Hacks To Get More Leads 0

Read This Article Before You Start A Social Media Program 0