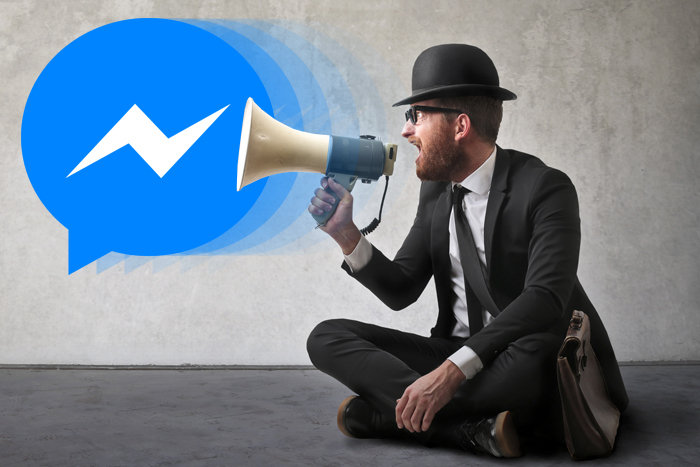 NEW ORLEANS — As the head of product for Facebook Messenger, Stan Chudnovsky is responsible for one of the most popular consumer products in the world. And yet, despite Messenger’s 1.2 billion monthly active users, he’s convinced that the app can continue its growth and add more functions if users and business embrace the app as a channel for business-to-consumer communications.

More than 60 million businesses have a presence on Facebook and at least 20 million are active on Messenger today, but Facebook continues to develop APIs, bots and other means to expedite connections between people and business, Chudnovsky said this week at the Collision conference. “We need to make it obvious that you can make a connection between people and businesses,” he said.

Asia is already accustomed and comfortable with using messaging apps to make large purchases and transact directly with businesses and other organizations, but much of the western world is behind on that front or remains unconvinced of the need to bring those conversations to apps that they predominantly use to communicate on a personal level with friends, family and colleagues.

“What the Asian experience has proved is that there is a way where messaging apps are sort of encapsulating a lot of functionality inside and people are using that for way more than just talking to their friends,” he said. “Even our own apps are being used differently in Asia.”

When Facebook’s team researched how Messenger is being used in Asia it found one person that used it to buy solar panels, for example. An ad from the solar panel provider sparked a conversation between that business and the user, which eventually led to a sale and installation, according to Chudnovsky. “That kind of gives us a window into the future.”

Changing the mindset of a western audience won’t come easily, but Facebook believes it has the main ingredients in place to execute on its strategy and that more users will grow to appreciate opportunities and efficiencies that messaging apps can provide outside of traditional people-to-people communications.

“For the last 150 years there were two books delivered to your doorstep,” Chudnovsky said, referring to the whitepages, a people directory, and the yellow pages, a directory of businesses. “Messenger is already a people directory. What we need to do…

What Happens When Excuses & Bad Advice Win Out 0

A List of Essential Platforms for Sharing Your Marketing Video 0