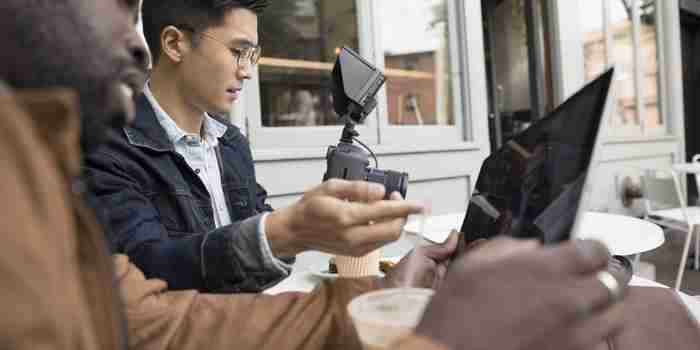 59 percent of executives said they’d rather watch a video than read text according to the Wordstream blog. When viewers watch a (good) video, they usually want to finish it before moving to something else. Use videos on your product pages. Use VR/360 content. In fact, almost every browser has default play, pause, seek and volume functions. It’s nice enough to insert videos directly into a landing page, but wouldn’t it be cooler if you could just collect leads as a presentation is playing? Hubspot offers a lead-collection form for videos that can be used to capture leads from within them. Wistia even found that inserting a lead-capture form during the first 10 percent to 20 percent of your video yields a 38 percent to 43 percent increase in conversions. Doing so not only humanizes the content, it builds familiarity and trust; and the expression itself will resonate with the audience, which in turn will generate curiosity. Play around with autoplay.

Video is big. But if its sheer irresistability were its only criterion, Youtube could have gone with the tagline ‘No one can watch just one.

It’s just another day at work: Spreadsheets, conference calls and emails abound. Come noon, and you can’t help but take a quick break. Then, something happens: A sneaky push notification on your mobile catches your glimpse: A friend of yours has uploaded a video that’s getting a lot of attention.

Smitten with curiosity, you click on the link, and the next thing you know, it’s 1:30 and you’re already behind on your schedule. Don’t feel bad, though; we’ve all been there. If the sheer irresistibility of videos were its only criterion, Youtube could have gone with the tagline “No one can watch just one.” Certainly, the statistics point in that direction …

Now, the irony that you’re reading about how effective video is isn’t lost on me. For, clearly, video works, and for a good reason too. As humans (and pre-humans), we have been visual creatures for who knows how many millions of years; and we’re attuned to visuals far more than than text, which we only became acquainted with some 10,000 years ago.

Yet, today, in the 21st century, video’s irrestistability isn’t all you have to put into it to make your business soar. Here are some video hacks that will take your website to new heights in 2019:

Use videos on your landing pages.

Why tell your visitors what you have…

What Small Businesses Can Learn About Creating a Lasting Brand From Apple, Dunkin’ Donuts and CVS 0

Is Video Marketing Right For You and Where Should You Use It? 0

The Three Ingredients of a Killer Customer Story Video 0

How to Best Work With a Social Media Manager 0

28 of the Best Chrome Extensions for SEO, Productivity & More 0