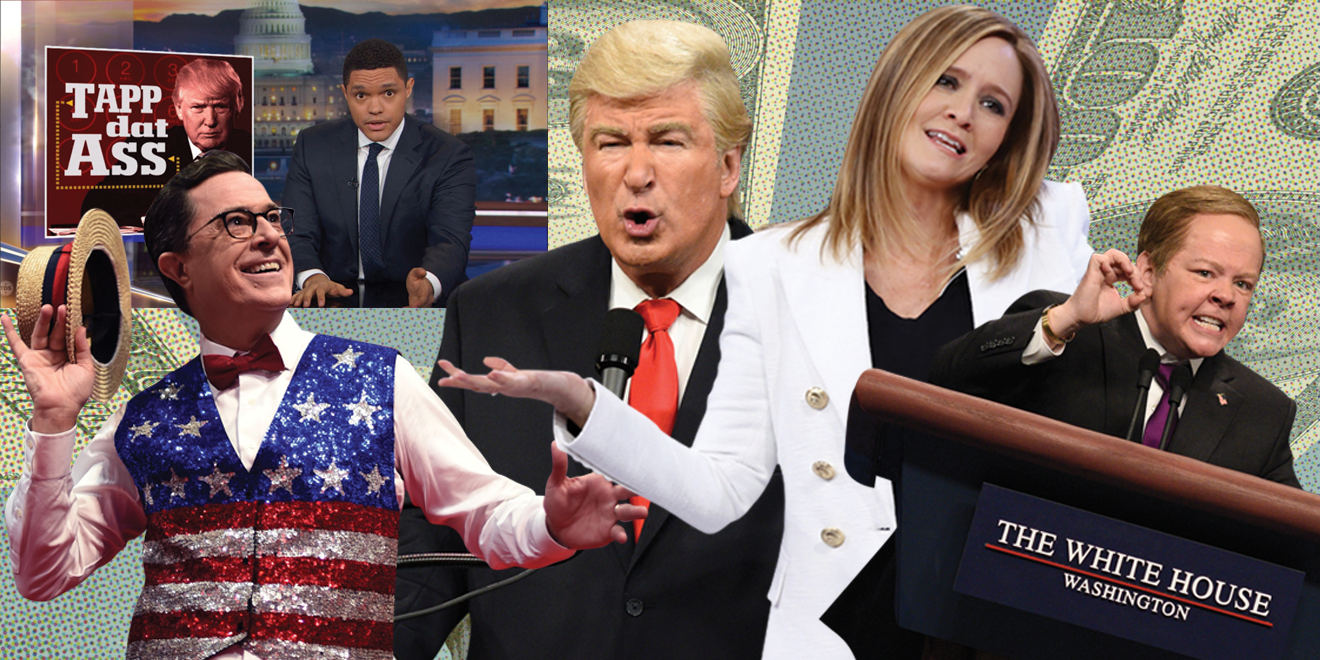 Trump Jokes Are Paying Off for Late-Night Shows, With Soaring Ratings and Ad Revenue

Two months into his presidency, Donald Trump’s pledge to “make America great again” isn’t turning out quite as he had anticipated, but he’s certainly already made late-night comedy shows lucrative again.

Since Trump’s inauguration in January, the late-night talk shows that skewer him the most mercilessly are seeing big ratings gains—including The Late Show with Stephen Colbert, Full Frontal with Samantha Bee and The Daily Show with Trevor Noah—and an accompanying increase in scatter market ad revenue.

Leading the charge is Colbert, whose program has been the No. 1 show in late night for six consecutive weeks, a 23 percent year-over-year increase in total viewers. The week of March 6, The Late Show had its largest weekly audience since its premiere week in September 2015. (Fallon, whose Tonight Show continues to maintain a healthy lead in the 18-49 demo race, has never been political on his show, but the host still hasn’t recovered from the backlash he received after tousling Trump’s hair during a September appearance.)

“The general rule of thumb is the advertiser dollars follow the eyeballs, and he’s getting more and more eyeballs,” said Jo Ann Ross, president of network sales for CBS, of Colbert. “We’re very happy with what’s going on versus where we were at this time last year.”

That’s because a year ago, Ross and her team couldn’t take advantage of the white-hot scatter market, as they were forced to give out makegoods to compensate for Colbert’s soft debut in fall 2015. “It’s nice to not be hamstrung by audience deficiencies, and actually be out there in the scatter market. Advertisers are responding very positively,” said Marty Daly, svp and director of news and late-night sales for CBS. This year has seen an advertising increase among quick-service restaurants, wireless, internet and pharmaceutical brands.

After its early creative stumbles, the Late Show installed Chris Licht as showrunner last April—allowing Colbert to focus solely on being funny—and finally found its footing last summer with its live post-political convention episodes. Since…

Manipulation in Marketing: How It’s Used, and How to Use It Ethically 0