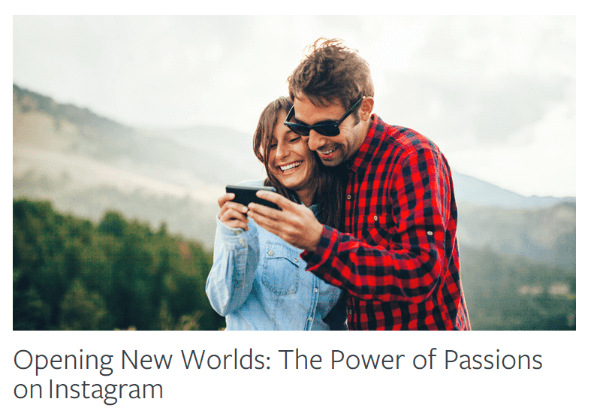 Author: Grace Duffy / Source: socialmediaexaminer.com Welcome to our weekly edition of what’s hot in social media news. To help you stay u

Twitter Announces New Premium Programming Deals for 24/7 Streaming Video Content: Last week, Twitter shared its plans “to air live video 24 hours a day, 7 days a week inside its apps and desktop site.” At its Digital Content NewFronts presentation earlier this week, the company debuted over a dozen live-streaming content deals across sports, news, and entertainment, which will bring “hundreds of hours of new premium video content” to the platform.

These deals include “new exclusive original live programming, live games and events, live syndications, extensions of existing live deals, and new always-on live streaming content.” It also presents “new opportunities for brands to reach passionate and engaged audiences by sponsoring premium video content at scale.” A Twitter spokesperson shared that advertisers will be able to buy pre- and mid-roll ads against the new shows and channels through Twitter’s Amplify program, and that the company plans to share ad revenue with the media companies producing the programs. However, revenue splits for the NewFronts programs will vary.

The Wall Street Journal reports that one of Twitter’s first partners in its push for “round-the-clock streaming television” will be news media company Bloomberg. Beginning this fall, the news stream on Twitter will show existing Twitter TV content and feature “new, original reporting from Bloomberg’s various global news offices and content created and posted by Twitter users themselves.” TechCrunch states that all user-generated content will be curated and verified by Bloomberg before being distributed to the channel.

Facebook Extends Reactions to Conversations on Desktop: Facebook rolled out the ability to add reactions on individual comments to posts on the web version of the site. Similar to Messenger Reactions that rolled out earlier this year, users can simply hover over the Like button to see the default six reactions of love, laughter, wow, sad, and angry and select one to use. This new feature has started rolling out on the desktop version of Facebook this week.

Snapchat Allows Select Brands to Buy Self-Service Snap Ads: Snapchat rolled out a new self-service ad-buying system called Snapchat Ad Manager that makes it easy to place ads on Snapchat and target specific groups of users. Adweek reports that “ad buyers will be able to manage video creative and first-party audience data – like email lists and mobile app IDs – and leverage the platform’s targeting capabilities and goal-based bidding while seeing a set of performance metrics” from this new tool. Snapchat Ad Manager is currently only available to a handful of brands but will be expanded more broadly in June to “companies of all sizes” in the U.S., the UK, France, Germany, Australia, and more.

Snapchat also rolled out a mobile dashboard “that will let companies manage and monitor ad campaigns right from its app” and a new feature called Business Manager “that lets advertisers organize access to campaign assets, billing contacts and information for team members.”

Snapchat is about to let brands of all sizes buy self-service ads: https://t.co/Sk7qN5nV7u pic.twitter.com/2LDUlgjmRh

Snapchat Expands TV Broadcasting Content Deals: Snapchat is looking to expand its slate of both live and broadcasted TV content on its platform. The Wall Street Journal reports that Snapchat’s parent company, Snap Inc., “has deals in place with NBC Universal, A&E, Discovery, ABC, the NFL and is in talks with CBS and Fox and… [announced] a deal with Scripps Network Interactive, which is responsible for the Food Network and HGTV.” Like Twitter, Snap Inc. is looking to drive more viewers to its platform with a mix of live and pre-recorded video content. However, TechCrunch notes that “Twitter’s looking to replace a 24-hour live TV service, while Snap’s looking to build something new, and complimentary [sic] to existing TV.”

Snapchat is very much involved in guiding the creation of its TV content https://t.co/ea0dtVKChe

In this week’s show from Friday, May 5, 2017, Michael Stelzner and guests discuss the top news in social media. Topics include Twitter TV (5:20), Facebook user growth (18:01), and updates to Facebook videos (30:45). Subscribe to future shows here.

Facebook Reactions and Custom Weights on Notifications Added to CrowdTangle: Analytics company CrowdTangle introduced two new features to its Facebook dashboard. These include the ability to rank Facebook posts based on all six reactions, which allows publishers and admins to customize how their feed is ranked based each reaction, and the ability to set custom weights for specific types of notifications such that admins can receive a “weekly digest of the most wow-ed photos or a viral alert based solely on shares… from the same dashboard.” The company notes that this new feature works in its Instagram, Reddit, and Twitter dashboards as well.

Facebook IQ Releases Podcast Series on How Marketers Can Tap Into People’s Passions on Instagram: Facebook IQ shared a four-part podcast series that “explore[s] how and…

How Video Establishes “Know, Like and Trust” With Your Target Audience 0

Transitioning Your E-Commerce Marketing To Including A Physical Store 0