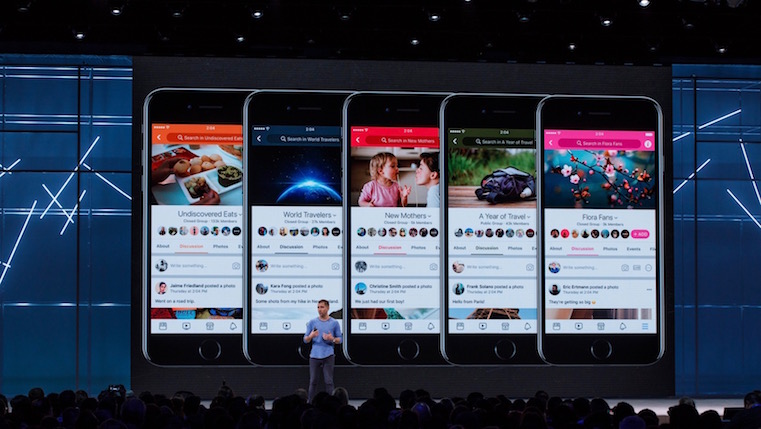 Would You Pay for an Ad-Free Facebook Subscription? 64% of Consumers Say “No”

So maybe the network wasn't really "free," after all. According to Bloomberg's report, any plans for an ad-free subscription model at Facebook are currently speculative -- and may not come to fruition at all. The response indicated a fairly widespread disinterest in such a subscription, with an average 65% of participants saying that they would not pay for one. But here's a crucial discrepancy: Even if users paid for an ad-free subscription service, it's not clear if the data used to personalize ads would still be collected and stored. How Much Would They Pay? But out of those, most -- an average of 15% -- would be willing to pay up to $10 a month (or £10 in the UK) for such a service. Where We Go From Here Even if Facebook does introduce a paid subscription model, its executives have repeatedly emphasized that there will always be a free version of it. ZUCKERBERG: "There will always be A VERSION of Facebook that will be free." Would the average person be willing to pay $10 per month if it meant advertisers couldn’t use their data?" "Would Facebook still collect data on these users even if they didn’t use it for advertising?"

When Bloomberg reported that Facebook was conducting market research to gauge interest in an ad-free, paid subscription model, we decided to do a bit of our own research.

Facebook — to most consumers, at least — has long served as a free product. Advertisers, content creators, and publishers have enlisted the platform’s various services for a fee, accounting for roughly 98% of its annual revenue in 2017.

But for those of us who use the network to consume content — whether it’s from friends and family, or publishers — it’s essentially been a monetarily “free” product. That is, until revelations of personal user data being improperly obtained and used by analytics firm Cambridge Analytica came to the surface in March.

The company has faced a high degree of scrutiny and fallout since then — even more than it experienced after it was revealed that the network was weaponized to spread divisive and false information by foreign actors seeking to influence the 2016 U.S. presidential election.

So maybe the network wasn’t really “free,” after all. Maybe, to certain parties and Facebook itself, what we shared and engaged with on the site had a dollar amount attached to it.

That’s been the case for a while in the vein of the company’s ad revenue: marketers and advertisers can target promoted content to users based on the data Facebook has about them — criteria like age, location, gender, interests — without attaching personally identifiable information to it.

But is it worth paying to opt out of those ads?

How Many Would Pay?

According to Bloomberg‘s report, any plans for an ad-free subscription model at Facebook are currently speculative — and may not come to fruition at all. And, writes reporter Sarah Frier, these plans are not new, though the recent fallout over data and how it’s used to shape ads has ignited a conversation around the possibility.

We surveyed a panel of 893 consumers — almost evenly divided among the U.S., UK, and Canada — to find out how many people would pay for a subscription to an ad-free version of Facebook.

The response indicated a fairly widespread disinterest in such a subscription, with an average 65% of participants saying that they would not pay for one.

What is interesting to note is that, within the U.S., 22% of consumers would be willing to pay for an ad-free Facebook subscription, versus just 17% and 16% in the UK and Canada, respectively.

That could be due to a lack of strict, formalized data privacy laws in the U.S., which could cause a greater perceived value of paid protections. The UK will be subject to the General Data Privacy Regulation (GDPR) when it comes into force on May 25 — until Brexit takes effect in 2019 and the UK separates from the EU.

Canada, for its part, also has fairly extensive data…

How Companies Can Avoid Death by Rising Advertising Costs 0

One Stop Shop: 4 Steps to the Content Marketing Holistic Approach 0