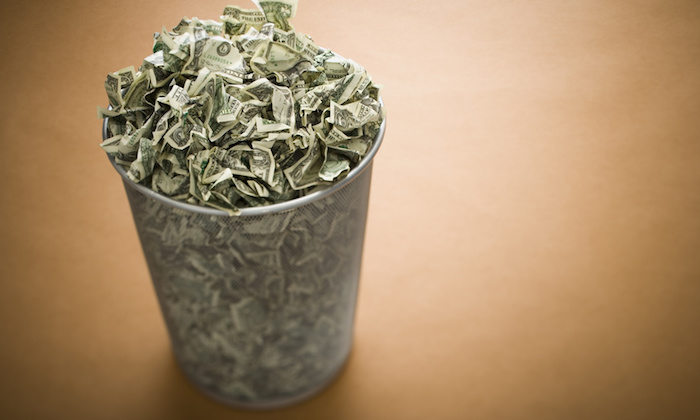 How in-depth should your content be? Well, let’s first look at my first marketing blog, Quick Sprout. Short articles don’t rank well With Quick Sprout, it started off just like any normal blog. In other words, writing in-depth content that was a few thousand words max wasn’t working out. The only difference: I was creating content that was so in-depth that no one else dared to copy to me (at that time). In 2017, my traffic dropped for the first time. And now let’s look at the NeilPatel.com SEO guide: I spent a lot less time, energy, and money creating the guide on NeilPatel.com, yet it receives 17,442 unique pageviews per month, which is more than the Quick Sprout guide. Be data driven Because there is no guarantee that an article or blog post will do well, I focus on writing amazing content that is 2,000 to 3,000-words long. Heck, even articles over 5,000 words could be wasting your time if you are only going after as many words as possible and adding tons of fluff along the way. Once you publish the content, give it a few months and then look at search traffic as well as social sharing data to see what people love.

You’ve heard people telling you that you need to write in-depth content because that’s what Google wants.

And it’s true… the average page that ranks on page 1 of Google contains 1,890 words.

But you already know that.

What’s funny is, I have done it all.

I’ve even tested out adding custom images and illustrations to these in-depth articles to see if that helps.

And of course, I tested if having one super long page with tens of thousands of words or having multiple pages with 4,000 or 5,000 words is better.

So, what do you think? How in-depth should your content be?

With Quick Sprout, it started off just like any normal blog.

Just look at my traffic during January 2011.

Even with the content being short, it did fairly well on Google over the years.

But over time, more marketing blogs started to pop up, competition increased, and I had no choice but to write more detailed content.

It was one of my best years, and all I had to do was write longer content.

So naturally, I kept up with the trend and continually focused on longer content.

But as the competition kept increasing, my traffic started to stagnate, even though I was producing in-depth content.

Here are my traffic stats for November 2012 on Quick Sprout.

I understand that Thanksgiving takes place in November, hence traffic wasn’t as high as it could be. But still, there really wasn’t any growth from January to November of 2012.

In other words, writing in-depth content that was a few thousand words max wasn’t working out.

Well, my traffic had plateaued. I had to figure something else out.

Writing longer, more in-depth content had helped me before… so I thought, why not try the 10x formula.

I decided to create content 10 times longer, better, and more in-depth than everyone else. I was going to the extreme because I knew it would reduce the chance of others copying me.

Plus, I was hoping that you would love it as a reader.

It was called The Advanced Guide to SEO.

It was so in-depth that it could have been a book.

Heck, some say it was even better than a book as I paid someone for custom illustration work.

Now let’s look at the traffic stats for January 2013 when I published the guide.

As you can see my traffic really started to climb again.

The only difference: I was creating content that was so in-depth that no one else dared to copy to me (at that time).

Sure, some tried and a few were able to create some great content, but it wasn’t like hundreds of competing in-depth guides were coming out each year. Not even close!

Now, when I published the guide I broke it down into multiple chapters like a book because when I tested out making it one long page, it loaded so slow that the user experience was terrible.

Nonetheless, the strategy was effective.

So what did I do next?

I partnered up with other marketers and created over 280,000 words of marketing content. I picked every major subject… from online marketing to landing pages to growth hacking.

I did whatever I could to generate the most traffic within the digital marketing space.

It took a lot of time and money to create all 12 of these guides, but it was worth it.

By January of 2014, my traffic had reached all-time highs.

I was generating 378,434 visitors a month. That’s a lot for a personal blog on marketing.

Heck, that’s a lot for any blog.

In other words, writing 10x content that was super in-depth worked really well. Even when I stopped producing guides, my traffic, continually rose.

And here’s January 2016 for Quick Sprout:

But over time something happened. My traffic didn’t keep growing. And it didn’t stay flat either… it started to drop.

In 2017, my traffic dropped for the first time.

And in 2018 my traffic dropped even more:

And sure, part of that is because I shifted my focus to NeilPatel.com, which has become the main place I blog…

Marketing Tips From Microsoft, Netflix, Walmart and Adobe That You Can Use 0

Marketing Has a Best Practices Problem 0

What Is Employee Activation? 0