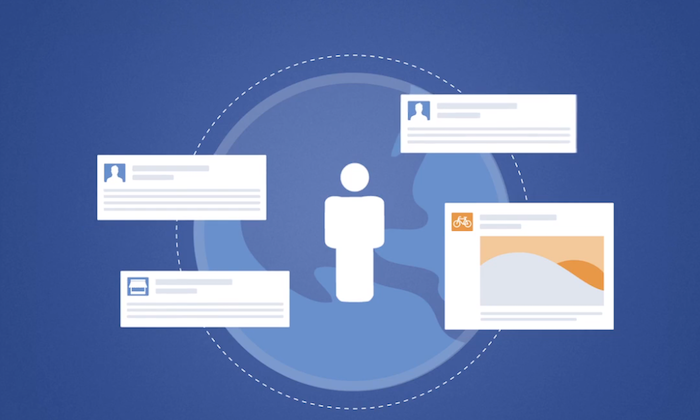 4 Unstoppable Facebook Ad Creative Tips to Max Out Your ROI

Read these four unstoppable Facebook ad creative tips before you go any further. That helps people better understand your images even if the images are weak. It’s much more difficult, in comparison, to use images with zero words because the image has to do all the talking for you. How many people already know who you are? The next best image type to use besides a recognizable brand is real images or photos. Especially considering the reasons people are on Facebook in the first place. The trick with Facebook ads now is to make sure each of those three groups gets their own offer. You want to get people to know who you are and what you do. Use Facebook’s mobile news feed to generate new attention at the top of your funnel. Make sure you’re sending the right offers to the right people.

The Facebook Ads Strategy That Can’t Lose
How to Get the Most Out of Pay Per Click Advertising
Snapchat Ads: The Complete Guide for Business

No, the tricky part is running several of them at the same time.

The best Facebook Ad ROI kicks in when your campaigns work together.

So some ads will drive attention. Others will generate leads.

But that creates a problem.

The image that works well for one ad might not work for another.

The same happens for the offer you’re using.

This issue then trickles down to the ad placements you select and the copy you write.

Your high-ROI ad creative on one campaign might totally fail on another.

But where should you start?

Pause your campaigns right now. Yes, you heard me.

Read these four unstoppable Facebook ad creative tips before you go any further.

Then go back and fix your campaigns. It’ll be worth it when you see the new results pour in.

1. Get started by selecting a recognizable, credible image

So even though your ad copy might be brilliant, the very the first thing your target customers look at is the image.

There’s a good reason why.

It only takes 13 milliseconds for our brains to process images. We can understand every little nuance in fractions of a second.

When you created a new ad years ago, Facebook would have rejected it if you covered 20% or more with text.

Thankfully, Facebook has loosened the leash a little bit.

However, the same result remains. The more text on an image, the less effective it becomes.

So here are a few other tricks you can try to avoid text-heavy images.

Tip #1. Piggyback off of other popular brands.

Adding text to your images is like cheating. You’re able to add extra context or use attention-grabbing words.

That helps people better understand your images even if the images are weak.

It’s much more difficult, in comparison, to use images with zero words because the image has to do all the talking for you.

An excellent way to sidestep this problem is to use an image that’s already instantly recognizable.

The image below features a new OnePlus phone. Except it’s technically not from Samsung at all.

Instead, this is an example of how you can piggyback on someone else’s brand that’s already more established and widely known.

That gives your ads extra credibility. But more importantly, it makes them instantly recognizable by a much wider audience.

Think about it for a second.

How many people already know who you are?

Even if your brand has been around for awhile, it’s probably a tiny number compared to the brand recognition of a behemoth like Samsung.

Here’s another similar example from Apple.

No, wait! It’s actually from The Motley Fool.

But everyone on the planet knows that logo and all-glass retail storefront.

The Motley Fool follows the image up with a strong headline and copy.

However, it’s the image that immediately grabs your attention in the beginning.

The next best image type to use besides a recognizable brand is real images or photos. Here’s why.

Tip #2. Always try to use real images instead of stock photos.

Visual Website Optimizer ran a test to see which type of images had the greatest impact on conversions.

One case study showed an artist’s work under his or her name. That makes perfect sense if you think about it.

If you’re in the market to buy new art, you’ll probably want to see what each artist’s work looks like!

So here are the same two artists, but this time with their actual faces.

Incredibly, the click-through rate lifted from 8.8% to over 17.2% when showing the artist’s faces. That’s a 95% improvement!

Ditch the stock photos in favor of real images if possible.

The problem is that stock images often lack any emotion. People see them but don’t feel the same connection as they do with something more realistic.

Take a look at the stock image in the next example.

It’s not bad by any stretch. But it’s tough to feel any emotion for it.

Especially considering the reasons people are on Facebook in the first place.

Check out this example from Virgin America below:

Obviously, those might not be real flight attendants in the Virgin America example. They might be paid models for all I know.

However, it still feels more realistic.

Now, consider the greater context of where these posts are going.

People are going on Facebook to see what their family and friends are up to. In other words, they’re wanting to interact with real people.

That means this Virgin America example is a perfect fit alongside the other content they’re scanning.

What conversion test has the biggest impact on results?

Is it a red button vs. a green one? Or is it a negative headline vs. a positive one?

The true answer is neither.

Instead, the biggest impact on conversions is your audience and offer fit.

What does that mean?

Your Facebook sales funnel can be broken down into three groups of people:

The trick with Facebook ads now is to make sure each of those three groups gets their own offer. Here’s what I mean.

Does that make sense now?

Let’s start at the…

How to Know When to Kill a Digital Marketing Campaign 0