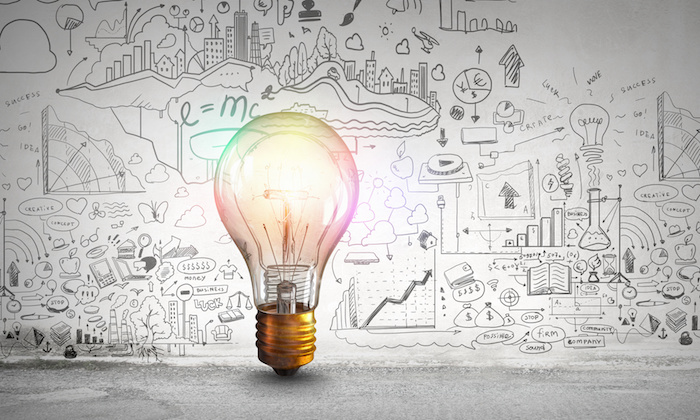 Grassroots Marketing: How to Grow Your Brand Organically With Captivating Content

They started as grassroots campaigns. And anyone can start a campaign this way. You can find a laundry list of issues just like this one in communities worldwide. But marketers don’t discuss grassroots ideas very often. You build a movement organically. Are you ready to start making your own grassroots campaign? Because visual content gets shared more often. Try creating a stunt that’s so good your audience will have to share. The result was that this group of YouTubers got 1.3 million views in under two weeks. Campaign Idea #8: Do something for free The final idea I want to share with you is to simply give something away.

8 Examples of Brands Using Instagram to Showcase Company Culture
The Year of Customer Experience: How Ecommerce Brands Can Prepare
3 Unlikely Brands That Are Killing it on Instagram (And How Yours Can Too)

Sometimes, your best marketing weapon has nothing to do with the amount of money you can pour into a campaign.

Most of the time, the focus is on creating effective ad campaigns or perfecting an email pitch that will reach a client.

But what if there was another way to build brands?

A way to boost your brand organically that had nothing to do with SEO?

I believe there is because I’ve experienced some impressive brand-building behemoths that started simple.

They started as grassroots campaigns.

And anyone can start a campaign this way.

In fact, it’s much more suited to the needs of smaller, sometimes local, brands.

I want to teach you a few methods you can use to start growing your brand with grassroots marketing.

You’ll learn creative ways to make and leverage captivating content that can start on a small scale.

But first, let’s take a close look at what grassroots marketing looks like when used effectively.

People typically think of grassroots campaigns as something with a political agenda, like the Boulder, CO soda tax that was implemented in June of 2017.

And to their credit, that campaign did start as a grassroots movement due to some health-concerned citizens in the area.

Then after years of campaigning and steady growth, change happened in their community.

But because most people think of political or social movements when you mention the word “grassroots,” they neglect an entire area where their marketing could thrive.

So I want to show you how this approach can apply to your brand.

To start with, you have to understand that a grassroots campaign is focused on audience and intent.

Or to elaborate, grassroots marketing targets a highly niche group in an attempt to persuade that group to then spread your message organically.

Thus, you have your audience and intent.

Nor do they really pay much attention to creating them around brands.

And it turns out there’s a reason behind this trend.

Grassroots marketing has a low degree of formality, which makes it incredibly easy to overlook from a branding standpoint.

The thing is, grassroots campaigns also carry a low degree of competition when a brand uses one.

And that means an effective campaign can go largely uncontested in terms of your audience’s attention.

And because of the smaller, more targeted audience, it’s much more cost-effective than a paid ad or content marketing campaign.

For small brands where resources are limited, cost-effectiveness is a big selling point.

Plus, smaller and highly-segmented audiences are typically harder to touch with traditional ad campaigns.

So building trust in your brand is next to impossible.

And when social trust and sustainability drive consumer spending, failure to reach these audiences can be devastating to a brand.

But a grassroots campaign checks all of these boxes, which means that anyone — even you — can use this method.

You maintain a limited budget.

You build a movement organically.

And, you create trust and social responsibility without coming across as “salesy.”

So do you see how a grassroots marketing campaign can benefit your brand?

It’s the epitome of “big dreams that start small.”

And it allows you to capitalize on social trends and give your audience a direct and impactful interaction with your brand.

In short, it can open up new opportunities that may not be cost-effective otherwise.

Are you ready to start making your own grassroots campaign?

How to implement an effective grassroots campaign

Before we get much further, I want to point out the elephant in the room.

Grassroots campaigns are often confused with guerilla marketing, like this:

While this is a great idea and certainly helps this brand, it doesn’t quite meet the criteria of a grassroots campaign.

But as we’ve already seen, grassroots campaigns are based on social sharing, building interest, and usually have a more campaign-like feel.

This promotion is good, but the downside is that it’s static and ultimately just a one-off.

So don’t get ahead of yourself here.

Look for ideas that can be shared and spread instead of brainstorming a dead-end promotion.

But before you even start coming up with ideas, you need to get to know your audience first.

Remember that your initial efforts should target a niche group that will already be interested in your campaign.

The better you know your target demographic, the more suited your content will be to take hold.

So start by developing personas, uncovering pain points, and finding influencers in your niche.

This will provide direction for the content you end up creating.

And it will open up potential areas for outreach when you start sharing your campaign.

Then once you’ve determined your audience, start creating the actual content that you’ll be sharing as a part of your grassroots efforts.

And make sure it’s easy to participate on mobile, desktop, and tablet.

You don’t know how your audience will engage with your campaign, so it pays to be prepared for every device.

The ultimate point is to optimize the shareability of your content.

Creating something that easily works for mobile and desktop will get you better results every time.

And creating visual content will help you as well.

Which means a grassroots campaign that relies on social sharing needs to be as visual as possible.

And finally, when you’re ready to start sharing your content, you have to remember that it’s best to engage in steps.

Don’t try to do everything all at once.

You wouldn’t ask someone you just met to help you move into a new apartment.

So why would you ask a stranger to start a grassroots campaign?

Start by reaching out to your circle of contacts first, especially ones in your target niche.

Even a few actions by individuals who are already involved in your community can snowball into something big.

Then, move on to your existing digital audience, or take some time to build one on social media.

It’s tempting to want results to come pouring in quickly.

But it’s more likely that your campaign will take months, or even years, to reach fruition.

Be patient, share your passion, and keep on plugging away.

If the campaign is audience-appropriate, you’ll eventually start to see results come in with minimal effort on your part.

But there’s a deeper question that needs to be answered here.

That’s what I want to help address in the rest of this post.

I want to give you eight ironclad ideas that you can use to create your own grassroots campaign.

Let’s start by tapping into your audience’s emotions.

Marketers and entrepreneurs have been creating emotionally driven content and campaigns since the dawn of marketing.

And for a good reason.

Powerful emotions and storytelling will help drive engagement with your brand and grow the organic spread of your content.

And leveraging emotional storytelling in a grassroots campaign has been proven to affect the brain differently.

Most notably, the brain releases dopamine when it experiences an emotionally-charged story.

That means it’s easier for consumers to remember your brand once they’ve consumed your content.

And the emotion engages your brain’s cortex, which makes it easier to recall and engage with.

Take this touching example that the airliner WestJet…

‘Give Them Back Something of Value’: How to Start Your Lead Generation Program 0

What You Need to Know About Chatbots: A #CMWorld Chat with Cruce Saunders 0