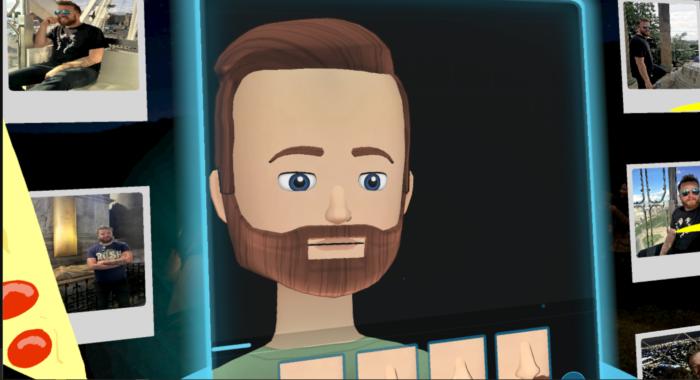 Author: Hayden Dingman / Source: CIO Credit: Facebook Spaces Facebook has made no secret of its reasons for buying Oculus VR, the compan

Facebook has made no secret of its reasons for buying Oculus VR, the company that kickstarted the virtual reality craze: Mark Zuckerberg and co. see virtual reality as yet another outlet for social interactions at some far-distant point in the future. Can’t get the family in one room? That’s fine, just load everyone into VR and you can all hang out. It’s a cyberpunk dream, straight out of Neuromancer—albeit a dream that’s a long ways off.

But Facebook is forging ahead, taking those baby steps. Yesterday it released Spaces, its first attempt at a social VR hub, onto the Oculus Store. The irony? The social media giant is neither first out the gate, nor the best option.

I spent maybe 30 minutes messing with Spaces yesterday, so consider this impressions more than a review. That’s a safe assumption anyway—Spaces is technically an “Early Access” title for Oculus.

It’s basically a virtual watercooler or maybe a conference room. The idea is you can gather friends or family—or, more likely, whichever random acquaintance you know that also owns an Oculus Rift—in a virtual room and hold meetings, chat, look at pictures of someone’s kids, take selfies, draw things, and what-have-you. “Socializing,” for the digital age. Facebook, but in 3D. Oh, and you can take selfies of your digital self.

You start by making your own Facebook Spaces avatar, which seems a bit silly considering Oculus Touch already compels you to make an avatar. It seems like those two divisions, one at Facebook and one at Oculus, probably should’ve linked up and done half the work. But hey, it was sort of fun to make my thousandth digital representation of myself, choosing eyes and a nose and hair. There aren’t really any “novelty” features, no giving yourself horns or wings or even neon-colored hair, but I suppose that’s because Facebook is Serious Business.

That problem extends into Spaces as a whole, really. It’s just so cold and sterile and boring and Facebook-y. Once done sculpting your Very Realistic Persona, you’re put in a room with a single table, a few tools, and a stretched image of a campsite around the edges.

That campsite and accompanying campfire is the one cozy touch in what’s otherwise a very safe and business-like environment. Games of tic-tac-toe and a floating piece of pizza can’t hide how nu-corporate Facebook’s Space feels. It’s like a Silicon Valley board room with an N64 tucked into the corner that nobody actually uses—but hey, potential new employee, it’s there and you…