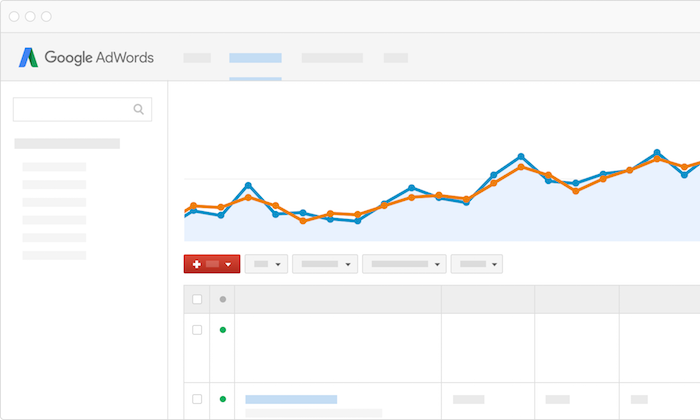 Source: Neil Patel I hear it all the time: “Google AdWords is a waste of money.” You probably hear this too. And do you know what? I wholeheartedly

I hear it all the time: “Google AdWords is a waste of money.”

You probably hear this too.

And do you know what?

While AdWords might be difficult to navigate for a newbie, it is still an incredibly valuable tool.

AdWords can be a tough platform if you don’t approach it the right way. Sometimes it doesn’t provide the best ROI, so you might need some insider secrets to make it work.

Lucky for you, I have one of those insider secrets to share with you.

If you take advantage of this concept, AdWords will appear less intimidating and more like an amazing opportunity.

I can speak from experience that most people don’t dig deep into AdWords. Many clients I’ve consulted for only used AdWords at a basic level.

The idea behind Adwords is simple:

But the process of implementing it is way more complex. In fact, many people spend their entire careers simply finagling one small type of ads or one small segment of AdWords.

It’s a complex beast, but there are some quick-and-easy AdWords tricks that are total game changers.

If you want to take your AdWords campaign to the next level, this article is for you.

I’ll explain how you can use close keyword variants to make your ad campaigns more effective than ever while finding new audiences for your ads.

It seems too good to be true, but it’s not. You’ll get more eyeballs on your ads and (most importantly) more conversions.

What are close variants?

In Google AdWords, when you choose a keyword, you can select from a few different types of keyword matching.

When setting up your ads, you may have seen something like this:

The type of close variants you choose will determine how people see your ad campaigns in response to various queries.

If that all sounds mysterious, don’t sweat it. I’ll explain it all.

For example, if your keyword is “men’s shoes,” an exact match for that keyword would be “men’s shoes.” If you choose the exact match option, then the user is going to have to type in exactly the search term to see your ad.

A phrase match is a search query that has the exact keyword. In this case, one possible phrase would be “buy men’s shoes.”

With a phrase match, the user just has to type in a phrase that includes the focus keyword, and this will allow more types of keywords to trigger your ad. That’s why most of the time it’s better to choose phrase matching than exact matching.

For the keyword “men’s shoes,” this result is an exact match:

This next result would be a partial match since it doesn’t use the apostrophe in “men’s.”

A broad match is a search query that relies on the category. For our example keyword, a broad match could be “boy’s shoes.”

A negative match is a little more complicated. Google gives this example:

Within all of these match types, there are what Google calls close variants (or close variations).

These are variations of your focus keyword that are similar to the keyword, but they’re not exactly the keyword.

Here’s Google’s example: “For example, if your phrase match keyword is ‘kid’s scooter,’ you’d still want to show your ad when someone searches for ‘kids scooter’ or ‘kid scooters.’”

Makes sense now, right? Close variants are basically variations of your keyword that people are likely to type into a search engine.

You’ve probably seen close variants in action even if you didn’t know it.

For example, if you Google “skinny jeans,” you might come across this ad from Hollister:

Notice how the keyword itself is nowhere to be found. This ad is taking full advantage of close variants. That’s why it shows up when you type in “skinny jeans” even though the ad doesn’t use the exact keyword “skinny jeans.”

You can probably already see why this is so powerful. If you use close variants, more people will see your ads.

If you don’t use close variants, people will have to match your keyword in a certain way in order to see your ads.

Using close variants well can mean the difference between running a successful ad campaign and getting lost among Google’s SERPs.

I’ll show you exactly how to use close variants to take your next ad campaign from good to great.

Whether this is intentional or a typo, this kind of close variation is extremely common. Ideally, you’d want to show your ad when someone uses any variation of a word, and that’s why close variants are so useful.

This also happens for other types of words, especially verbs.

Let’s say you type “fixing iPhone” into Google. You might see this ad:

This is another ad that you’re seeing because of close variants. Notice how it uses “fix” instead of “fixing,” the verb form that you typed in.

(Side note: Notice how it doesn’t have “fixing” or even “fix iPhone” in the ad! That’s because this ad is working with multiple types of close variants.)

If you set up your ad campaigns to take advantage of this type of keyword variation, you’ll pull in tons of extra traffic that you would have otherwise missed out on.

Thinking it doesn’t get better? It does! There’s another extremely common variation type that you need to capitalize on…

Type 2: Misspellings. This also happens a lot when people use search engines. Heck, I do it all the time!

This often happens when a user accidentally makes a spelling mistake.

We’ve all been there. You type something into Google only to see you’ve misspelled it. Honestly, I probably do this multiple times a day because I’m trying to type too fast!

For example, if someone is searching for “microsoft surface,” they might accidentally swap the “c” and the “r” in “microsoft.” So their search query would be “mircosoft surface.”

Even when this happens, the right ad will still pop up:

Here’s the great thing: This ad was set up to take misspellings into account as possible close variants. And you can do just that…

How Much Should Marketing Executives Be Paid? This Calculator Will Tell You! 0

3 Things Franchises Should Know About Hiring a PR Firm 0

Getting Reacquainted with LinkedIn Ads 0