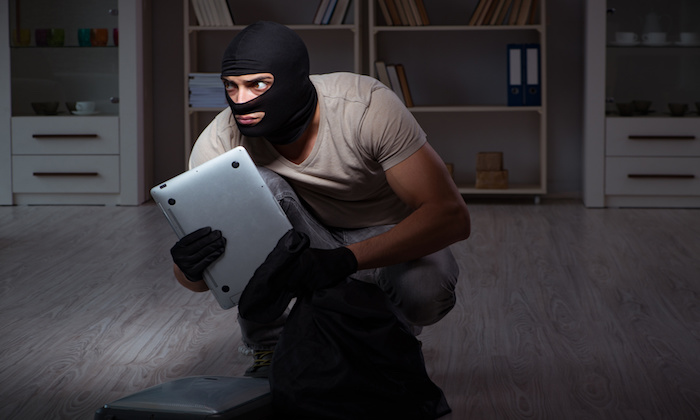 How to Steal Your Competitor’s Featured Snippets For Better Rankings

You’ve done all of the SEO you can imagine, and you’ve followed every tip that’s in the book to get you where you are today.

On your site, you’ve done keyword research, written tons of blog posts, and even shared all of your content to your followers on social media for maximum exposure.

But those high rankings don’t mean as much if another competitor owns a featured snippet for the same search queries you’re already targeting.

All of your hard work will be overshadowed by the content that Google chooses to feature over everyone else ranking on page one.

That’s why you need to steal your competition’s methods and beat them at their own game.

Here’s how you can steal your competitor’s featured snippets to earn even better rankings.

Before we get to that, let’s talk about what a featured snippet is.

What is a featured snippet?

A featured snippet, sometimes called a rich answer, is a featured block of information that shows up on the first page of Google above all other results.

These usually show up in searches that ask a question, such as who, what, where, when, why, or how.

It contains a summary of the content on the featured web page related to your search query, along with the page title, link, and featured image.

For example, when you search for something like “why do dogs yawn,” you’ll see a featured snippet like this that answers your questions without clicking through to the article.

Google pulls information included in the featured snippet from one of the organic listings that already appears for that query.

This gives searchers a quick answer to their question without needing to leave Google.

It makes searchers’ lives much easier because they don’t have to do a ton of clicking around to find what they’re looking for. It’s put right in front of them instead.

This ensures maximum visibility and exposure because your page will literally be at position zero.

To sweeten the pot, the area that featured snippets takes up is much larger than regular organic results, meaning that your content will truly be front and center.

And the majority of clicks will go to you, not your competitors, since you’re shown off by Google as the main attraction.

According to HubSpot, featured snippets yield a much higher click-through rate (CTR) than regular results do.

That means that featured snippets steal traffic from all of the organic results on the page. Even the number one result.

But you don’t have to already be at position one to earn a featured snippet. The same Ahrefs research shows that only 30.9% of all featured snippets are top ranking pages.

That means that if you already rank number one, you can still gain a significant increase in clicks with a featured snippet.

And if you don’t rank number one, that number will be even higher.

To land a featured snippet, you’ll need to make sure that your content is formatted correctly and know what content is already ranking on page one.

But before we get into the specifics of how you can earn featured snippets by stealing them away from your competitors, you need to know what the different kinds are.

If you don’t know which kinds of featured snippets are out there, you won’t be able to optimize your content for them.

This snippet contains a short excerpt of text that is typically anywhere from 40 to 50 words in length and looks something like this:

Usually, there is a thumbnail image that accompanies it.

These kinds of snippets come up in results pages when a user searches a question with a descriptive answer, such as “why is ice slippery?”

Google then takes a chunk of the featured site’s post that most actionably answers the question.

Snippets formatted as lists are usually taken from pages that list items or steps to a process.

These kinds of snippets appear when searchers look for questions about how to complete a task or make something, like a recipe.

Bulleted lists are triggered when the list featured contains steps that can be completed in any order, while numbered lists appear when there are ordered steps that apply.

Tables come up in featured snippets with queries that request pricing or comparisons between several types of items that can be shown quickly via rows and columns.

A table usually looks something like this when it’s used in a featured snippet:

This type of featured snippet is often less common than the others, since most sites don’t properly format tables on their web pages.

So if you’re going to add tables to your content, be sure to format them correctly.

A featured snippet containing a video player appears when searchers look for something related to a song or movie.

It can also appear when the answer to a question is contained in a video chosen as a featured snippet.

Take this example for the search query “fastest bike in the world vs fastest car,” for instance.

Put the text that you want Google to consider for your snippet at the beginning of your video’s description for best results.

But this isn’t the only type of video snippet out there.

In some instances, Google will show a full-sized YouTube video player that takes up the entire featured snippet space.

This is a newer kind of video snippet format that Google is using to promote YouTube.

More often than not, media clips or music videos that are featured contain the full-sized player within their snippet.

Now that you know what the different kinds of featured snippets are, you can move on to stealing them from your competitors.

There are several tools out there that can help you accomplish this, starting with SEMrush.

Use SEMrush to find your competitor’s featured snippets

SEMrush is commonly known for its ability to uncover information about site analytics.

But did you know that you can also use it to identify the featured snippets that are currently owned by your competitors?

You can also use the platform to find out which snippets, if any, you already own.

To check how many featured snippets are owned by any site, begin by entering the site URL into the SEMrush homepage.

Then, locate the button that says “Featured Snippet” on the right-hand side of the page.

Click that to view information about the keywords that your competitors are targeting that have earned them a featured snippet.

You can also filter keywords that are “snippable” by using the “Advanced Filters” option and selecting Include – SERP Features – Featured Snippets.

When you’ve uncovered which snippets your competitors are ranking for, you can begin to optimize your own pages for those same terms.

Concentrate on Visitor Experience to Increase your Sales Pipeline 0

How Cooking Panda is Dishing up Success with Sponsored Video 0