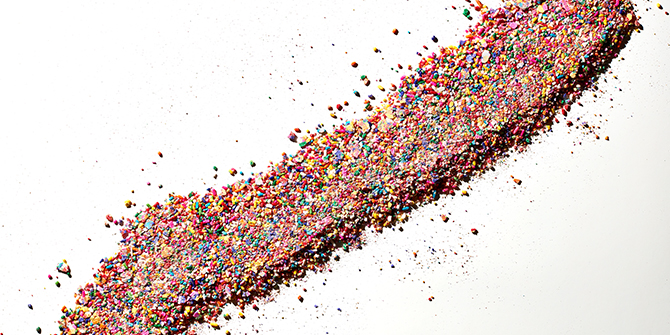 Should Pharmaceutical Companies Be Allowed to Do Content Marketing?

Google shows off its VR advertising concept
How to Grow Your Email List With YouTube Ads
The Basics of Branding in 2019: What You Need to Know

In 2010, pharmaceutical company Eli Lilly sponsored a quiz about depression on WebMD. The quiz, which consisted of 10 questions, attempted to determine if users suffered from depression based on how their answers mapped to common symptoms. The outcomes forked into two paths: Those feeling five or more common symptoms were flagged as higher risk; respondents experiencing four or fewer were lower risk.

However, it soon got out that anyone who took the quiz received the same warning at the end, even if they had no symptoms at all: “You may be at risk for major depression.” That result was especially convenient since Eli Lilly manufactures Cymbalta, one of the most popular antidepressants on the market.

At the time, the controversy made the rounds on some blogs and news sites, and sparked an investigation from Iowa senator Chuck Grassley, who looked into the financial relationship between WebMD and pharmaceutical companies. But there were never any repercussions. WebMD eventually removed the depression warning from the results, and business went on as usual. It was even possible for users to see Cymbalta ads on the site as they took the quiz.

(Both Eli Lilly and WebMD declined interview requests for this article.)

Over the last seven years, consumers, brands, and publishers have all gotten more sophisticated in the way they approach content marketing. Users are more comfortable identifying and calling out conflicts of interest and overt subjectivity. Rigged quizzes don’t cut it anymore, at least not for reputable companies that can damage their trust by promoting misleading information.

As a whole, though, the prescription drug industry has slipped under the digital radar, proceeding into the world of content marketing with caution. The Washington Post reported that drug companies now spend significantly more on advertising than research, but most of those dollars go to traditional channels like television and print magazines. On the internet, you’re more likely to see a banner ad for a pill than a helpful infographic about treating a disease.

However, as TV viewing habits change and magazine subscriptions dwindle, these companies may soon turn their massive ad budgets to the internet. Yet if pharmaceutical companies can’t escape ethical concerns over credibility, the question remains: Should they be allowed to invest in content marketing at all?

Sarah O’Leary worked in advertising for more than 20 years. She started as a copywriter, became a consultant, then a VP, and eventually launched her own agency. Looking for a new adventure in 2013, she decided to launch ExHale Healthcare Advocates, a for-profit advocacy company that helps patients deal with health insurers. (The company’s tagline is “We Take the Hassle Out of Healthcare.”) As someone who’s been on both sides of the issue, O’Leary has strong feelings about the way patients are duped by drug companies that have billions in revenue to spend.

“I don’t think anyone should go into a healthcare relationship of any kind giving away their trust,” she said. “I can’t tell you that I would point to any company and say, ‘I trust them implicitly’ or ‘I think they’re doing an incredible job.’ But I can tell you they’re doing a very profitable job.”

She told me she’s increasingly noticed more patients coming to her in deep debt as a result of taking brand-name drugs they hear about through advertising, instead of cheaper generic medication. A 2014 study published in Medical Care found that consumer-driven prescription requests, swayed by direct-to-consumer marketing, “had a strong effect on recommended treatments. About 20 percent of sciatica patients requesting oxycodone would receive it, compared to one percent of those making no specific request.”

“I do believe [pharmaceutical companies] have a right to inform and advertise,” O’Leary added. “But I think…

Loading...
Newer Post
Engage Social Media Influencers to Extend Your Reach & Drive Action
Older Post
Snap Out of It: Social Media is Coming for Your TV

Can Taylor Swift’s “Me!” Dethrone Ariana Grande and BTS in the Battle of Pop Royalty? 0