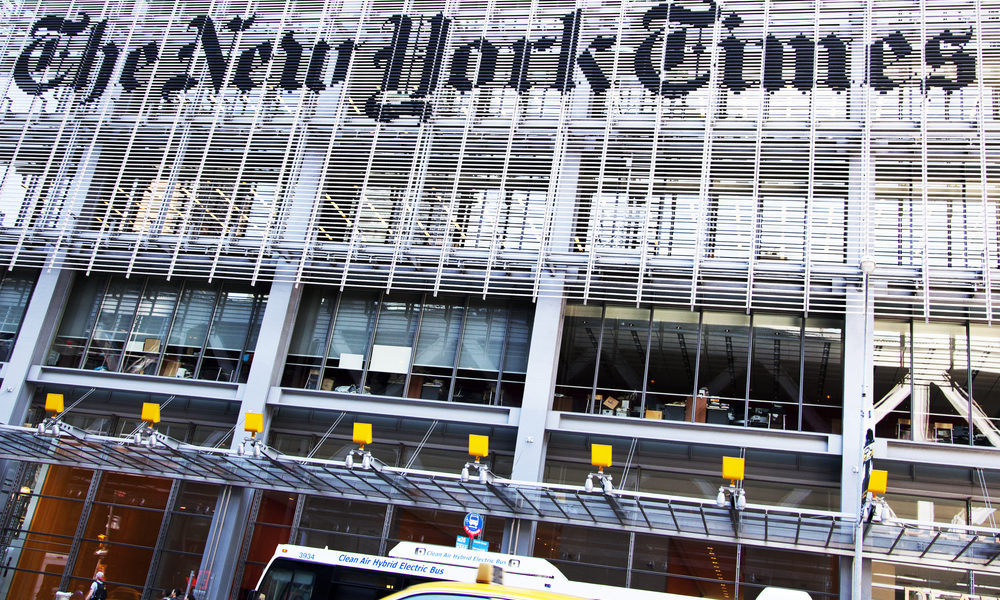 Author: Greg Jarboe / Source: Tubular Insights On Monday, I joined about 1,500 media buyers – some who had flown in from Los Angeles – at

On Monday, I joined about 1,500 media buyers – some who had flown in from Los Angeles – at the Digital Content NewFronts event held by The New York Times. Now, I was expecting some executives to talk about video because the NewFronts have traditionally focused on video. But the event kicked off in The Times Center with a live, custom rendition of “The Daily” podcast, featuring host Michael Barbaro, the host and managing editor, who interviewed White House correspondent Maggie Haberman and Lisa Tobin, executive producer of audio. Now, podcasts are digital content, too, but these people are journalists. So, I scribbled in my notebook, “Toto, I’ve a feeling we’re not in Kansas anymore.” Then, The Times proceeded to feature a number of other Times journalists over the next two hours, including:

In other words, The Times didn’t give a series of presentations about their digital content strategy. Instead, the media company showcased its content creators – who are still called journalists – and let them tell their stories about the many ways they work to find the “truth” – from the front lines of the war on terror, to the inner workings of investigating the world’s most powerful governments. The Times is hoping that brand marketers will “dare” to stand with that expertise, authoritativeness, and trustworthiness when they think about the best ways to tell their own stories in a “brand safe” environment.

So, you could say that The Gray Lady has invented a new game called Truth + Dare, (that’s Truth and Dare, not Truth or Dare). This game not only defines how The New York Times covers the world, it also captures the media company’s approach to creating truthful and daring advertising experiences. Oh, and in case you’re wonder why I’m writing about this for Tubular Insights, the presentations by The Times on Monday did include new video programs that will soon be released, on the topics of artificial intelligence, motherhood, and the 2018 Winter Olympics, among others. But, they were just part of the vast Times ecosystem—from audio to AR, Snapchat to service journalism.

But, there’s another reason why I’m writing about Monday’s presentations by The Times to 1,500 media buyers. As Lauren Johnson of Adweek noted, “If you thought The New York Times’ ad campaign featuring the tagline, “Truth. It’s more important than ever,” has been all about defending itself against President Trump’s ‘fake news’ attacks, think again. Facebook and Google are also in the Times’ crosshairs.”

As a matter of fact, Mark Thompson, the CEO of The New York Times Company, told the crowd at The Times Center, “We believe that we’ve got a very credible story, not just about the importance of journalism, but about why journalism…

Getting Real with Retail: An Agency’s Guide to Inspiring In-Store Excellence 0

The Guide to Figuring People Out 0