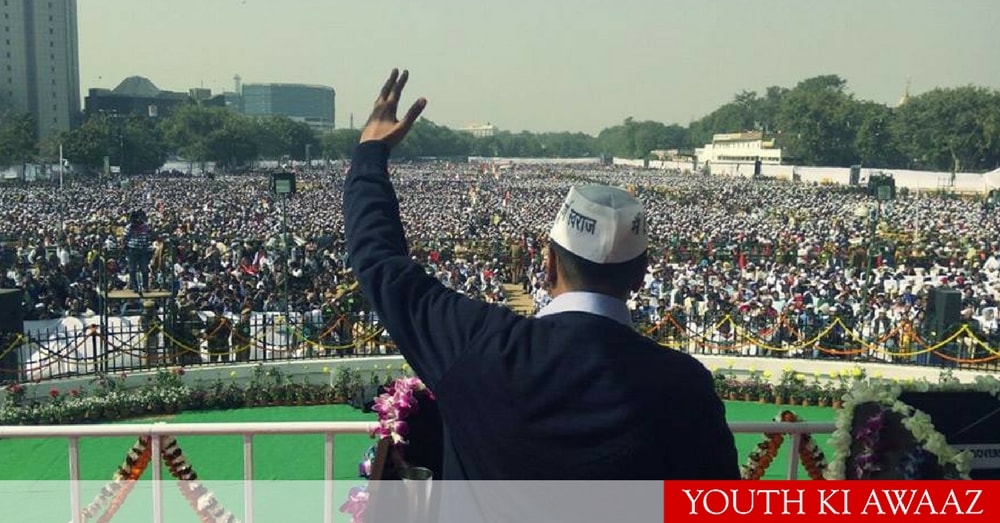 From ‘Har Ghar Dastak’ To Social Media: How Indian Political Campaigns Are Evolving

From ‘Har Ghar Dastak’ To Social Media: How Indian Political Campaigns Are Evolving. I love interacting with people. I work with a startup, where I conduct interviews and train people to hone their ‘interview skills’. This assessment should be followed by creating a general profile of the voters and then identifying the segments of the voters. To begin with, notice their strategy of analysing their voters and segregating them on different levels, so as to persuade and gain the trust of people, and thereby guarantee the maximum number of votes. The ‘brand imaging’ of a political party or a leader is one of the most essential and quintessential factors that go into the political marketing campaigns. The US elections focus excessively on the ‘branding’ of the party. Prashant Kishor: The ‘Chanakya’ Of Political Campaigns The most ideal instance of exemplifying the most accurate and best use of social media and campaigning strategies would be the case of Mr. Prashant Kishor and the seminal role that he played in the electoral victory of Modi and the BJP during the 2014 Lok Sabha elections, and also for Nitish Kumar. Prashant Kishor chose to channelise the marketing strategy for the Bihar elections through a different style of campaigning – by targeting the opponent and trapping the competitor in a web – thus diverting their attention from their original motives and agendas in the campaign. Through the medium of this platform, he succeeded in ‘diverting’ Modi’s attention towards replying to his word attacks, instead of focusing on his own goal.

5 Analytics Tools to Supercharge Your Marketing Strategy
Snapchat, Instagram, and the Rise of Video and UGC Marketing
What Did a Room Full of Marketers Have to Say about GDPR?

As the election fever keeps rising in Uttar Pradesh, so does the momentum of political campaigning. Whatever be the results on March 11, 2017, the marketing tools and strategies used by the professionals, employed by the political parties, are catching the eyes of the voters.

I love interacting with people. Conversations with unknown people always excite me. I work with a startup, where I conduct interviews and train people to hone their ‘interview skills’. Because of my field of expertise, I was assigned to conduct focused group discussions and in-depth interviews of politicians (from the Congress) to understand ground-level issues and realities for deciding campaign agendas. This assignment took me to the hinterlands of Uttar Pradesh in the hot dusty summer. Since I interacted with many politicians and party workers, and devised some of the interesting political campaigns last year, I will try to share what I learnt from this interesting assignment.

Campaigning for political parties involves making rigorous marketing strategies to magnetise votes from the citizens and thereby win the elections. These marketing strategies have been experimented with and are expanding over time on various fronts. With the world rapidly moving towards a majorly digital and technological era – social media marketing, search engine optimisation (SEO), political blogs, awareness, pay-per-click and other forms of digital marketing campaigns are on the rise.

However, traditional methods of campaigning are still ubiquitous in India with prospective political candidates going door-to-door distributing freebies, promising the well-being of people, extending courtesies, and portraying themselves as models of transformation and evolution. The reason that these door-to-door and traditional campaigns have prevailed till now is the belief associated with personal contact and communication.

Personal contact generally brings more impact. This is executed by distributing freebies, announcing and requesting for votes through blow-horns on rickshaws, television and radio advertisements, broadcasts, campaign posters, vouchers, and so on. Hence, political parties have been attempting to balance and strategise their marketing campaigns between conventional and digital modes, and between conventional forms of media and social media.

Shaping Of A Political Campaign

Primarily, there are two significant components that political campaigners aim to sync: the ‘candidate focus’ and the ‘environmental forces’. Under the former, there are four sub-categories, namely, ‘party concept’, ‘product concept’, ‘selling concept’ and the ‘marketing concept’. The latter component is party to ‘technology’, ‘structural shifts’, ‘broker shifts in influence’, ‘political action committees’, ‘consultants’ and ‘pollsters’.

Moreover, marketing and political campaigning is not just all about the voters and their responses. but also the fact that the prospective candidate holds a balanced, quintessentially prominent significance in the entire picture. Firstly, the campaign has to identify the strengths and weaknesses of the candidate. On the grounds of these strengths and weaknesses, the competition of the candidate is circled out, evaluated and compared. Lastly, once the campaigning team figures out the target segment and relates it to the professional, the image of the candidate is established and portrayed to the society in a good light, so as to highlight their involvement, efforts, diligence and credibility.

Once the voter and the candidate…

4 Unconventional Ways to Bring Traffic to Your Site 0

Blast From the Past: 7 Websites That Were One Thing, But Now They’re Another 0